Micromanaging: 12 reasons to avoid it and progress

Are you a fan of micromanaging or not?  You may be someone who experienced having such a boss at work or perhaps have practised it yourself.  Read my article to find why to avoid it and instead, progress for better success.

Disclaimer: My blog is to be used for general information, inspirational, and motivational purposes. I share things that I’ve learned and experienced.  In case of need, do seek help from a professional in the relevant field.

Having been in the corporate world before moving to be my own boss (over 8 years at the time of writing) and studied Business Administration, I’d like to share a few things with my readers.

Not giving employees or team members the freedom to act on their own could be seen as dominating.  To be breathing down their neck and controlling every single thing may be useless.  Controlling others for no reason could be regretful later on.

Not everyone performs at their best if left on their own.  Some degree of supervision is normal to stay on track and get work done on time.  However, excessive interference could do more harm than good in the long run.

A true leader prioritizes achieving the group goals while being a mentor and guide to members.  In doing so, listening to, taking feedback, and supporting others are key.  Not believing in the skills and competencies of juniors for no reason and at all times, may be a sign of bad practice.

Encourage and ask for feedback.  It brings much richness in the form of ideas and suggestions.  You can learn much for better decision-making.

Micromanaging is needless and a waste of time in many circumstances.  It delays results for nothing.  Who wants duplication of work?

Empower and delegate when possible.  It helps to focus on vital things.  Spend precious time on your true priorities instead.

Closely related to the above paragraph, giving due freedom to subordinates when possible helps much.  Delegate certain tasks.  Avoid spending time watching every small action, and benefit from achieving other things.

Optimize hours, days, months, that add on to make years.  Such resources are scarce and therefore shouldn’t be misused. It’s a pleasure to see one’s projects progress and eventually succeed!

Breathing down the necks of juniors may irritate them.  It’s stressful and can create tension for nothing.  Knowing that you’re constantly being watched isn’t normally welcomed and accepted.

Some people have more patience than others.  Dealing with a difficult boss is often difficult.  Eventually, even the most cooperative ones are likely to feel frustrated.

Working in such an environment is likely to destroy morale.  It ruins motivation, which can entail other undesired consequences.  If not dealt with on time, such a management style can potentially cause much harm.

People feel valued when they can use their skills.  When their talents are stifled, it’s sad.  This can also result in low self-confidence if no changes are made to the way they are supervised.

In an organization where you need the chief to closely command everything, it creates a culture of dependency.  It makes every move difficult without that person.  If not available or absent from the workplace, things are delayed unnecessarily.

Empowering people wherever possible creates flexibility in such a way that processes are streamlined.  This aids productivity removes bottlenecks and enables faster services to clients.  When duly given the authority to act, you’re likely to feel respected.

When dependent on one person for everything, it stifles creativity and innovation.  Those who work in a role day in and day out, whatever be their level in the hierarchy, have key knowledge as well.  Ask a receptionist about certain things, they can help find ideas and a better way of doing things.  The same goes for others in each department.

When decision-makers get feedback from all levels, they have a better view of what is going on.  It can help to improve processes, know client pain points, and so much more.  Encouraging innovation is not just an advantage, but rather a must for better success.

When individuals see that their skills, competencies, and experience are undermined, and they have to follow instructions for everything, teamwork may suffer.  The excitement of being part of a project, contributing to it, and learning new things in the process, is valuable.

Team synergy may be at risk if members feel that they aren’t growing personally.  Being dependent on the chief may be detrimental for the squad.  They need to look up to their mentor and also support each other as peers.

When people feel that they aren’t being listened to and valued, there can be distrust as well.  On one hand, the head shows no conviction in how personnel will carry out work without close supervision.  On the other hand, staff do not feel heard and appreciated for their hard work.

Even with no perfect incumbent for a post, there are certain tasks that individuals have to do on their own.  Breathing down their necks isn’t beneficial in the long run.  It shows distrust and a need to check everything that they do.

When individuals don’t find personal growth, feel distrusted, and aren’t happy, they’re likely to leave the company.  It’s a loss, as having trained staff, an organisation spends money.  Having to replace them also requires resources.

In times of the pandemic, many businesses have had to close down, others may have made staff redundant.  However, generally, and in normal times, human beings may decide to move on if they’re not happy where they are.

Finally, last but not least, having such an approach to run a firm may even be bad for success.  Added to all the points above, profit could suffer.  With time spent, duplication of work, not delegating, employee turnover, and so on, there will be costs associated.  Losing the best employees is regretful.

You may be someone who has experienced being supervised in such a manner or perhaps have ever adopted such an approach yourself.  Either way, it doesn’t help in the longer term.  It hurts and damages, even without having any bad intentions in the first place.

To sum up, micromanaging is detrimental and disadvantageous both for the one practising it and those who have to endure it.  Would you like to comment, describing your experience?  Please share my article if you know someone who needs to read it.  Thank you!!

Hi! I'm Sharvina Y. (nickname Sharvi). Welcome to my blog. I share self-improvement for bloggers and solopreneurs. View all posts by Sharvina Y.

22 thoughts on “Micromanaging: 12 reasons to avoid it and progress” 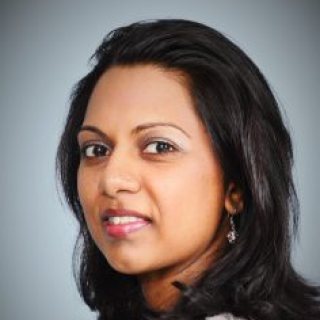